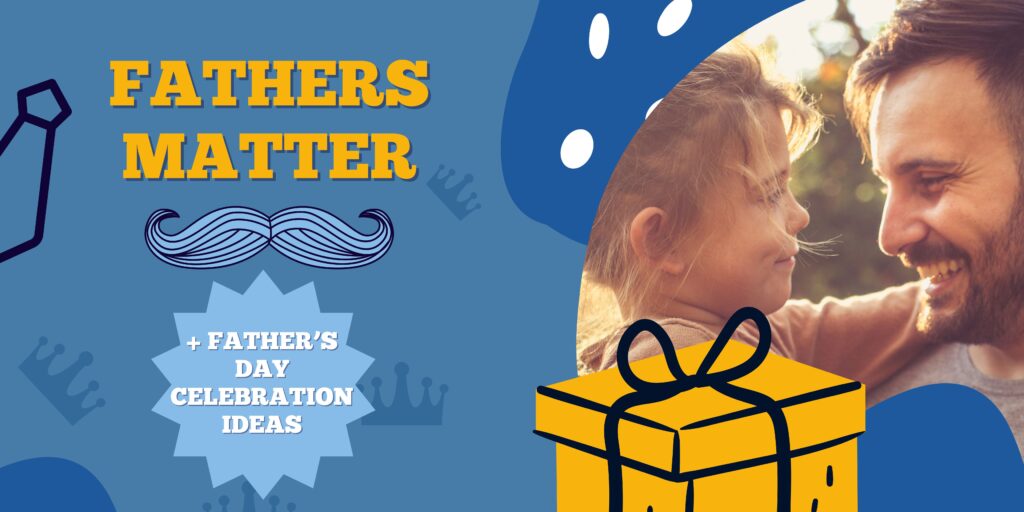 Traditionally moms are paid more attention. Kids devote rhymes to them and paint pictures to give as gifts on Mom’s Day. Dads are always left behind, but is it fair? The importance of fathers is underestimated nowadays.

What Is the Role of the Father?

Apart from making a living, dads can take responsibility for their family’s mental well-being. It includes providing a sense of safety and welfare. That means being a person who supports and protects mom and children from being exposed to negative situations.

An absent father, in turn, can cause a lot of harm just because of being somewhere else but not with his children. It affects boys and girls differently, but, in general, the consequences result in low self-esteem. You see, dad is an important figure in kids` lives, and he also deserves to have his special day – Father’s Day. Let’s talk more about it.

One may think that all fathers were glad to celebrate their day after it was proposed first in 1908. But men regarded it as an attempt to so-to-say domesticate them, which contradicted their self-perception. Plus, they didn’t want to be presented with flowers for which they had to pay themselves. And, finally, they weren’t so touched by being a father.

In 1909 a young woman, whose widowed father William Jackson Smart raised six children himself, asked the Spokane Ministerial Association to celebrate Father’s Day. She proposed June 5h, her father’s birthday, but the organization decided to set a holiday on the third Sunday in June. Thus, there was more time for preparation after Mother’s Day.  It wasn`t so popular among people, though. Then there were other attempts to establish a day devoted to fathers. President Lyndon Johnson ordered the celebration of Father’s Day in 1966. It was recognized as a national holiday only in 1972.

Love of Father in Kids` Lives

For many families, it`s true when the father is responsible for earning money, and the mother takes upon herself everything else. There`s the dad but he’s always gone. And when he`s home, he’s too tired to play or just talk with children. A father is also a tool to intimidate naughty children “If you don`t stop right now, I`ll tell dad”.

Kids may have expensive toys and brand clothes thanks to their daddy, but it doesn’t mean that they know how to be a good parent. Often such fathers have misunderstandings with wives, and when seeing a marriage counselor, they claim they don’t know what`s wrong. They also believe that their better halves are more aware of kids` needs, thus, they leave it up to women. Hence, the issue of a father not involved in child’s life may cause lack of parenting and relationship skills.

Researchers don`t belive in the mother being solely responsible for child’s development. Scientists of Newcastle University looked at 17 000 babies born in the same week in 1958. They had paid attention to their lives for 50 years. It turned out that children whose fathers actively participated in their upbringing:

Nowadays more and more men become aware of the importance of fatherhood. The most active even take part in the correspondent movements such as Dads for Life. So, in what way does daddy`s love influence their kids? 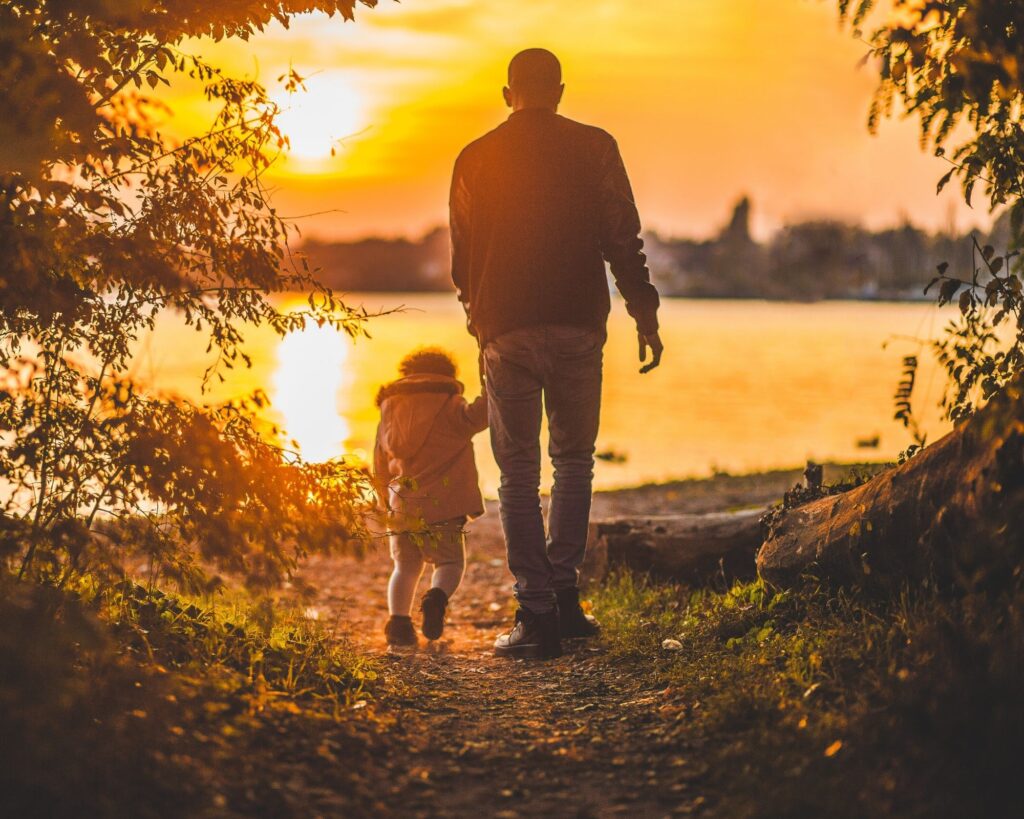 For a little boy, a dad is a pattern of male behavior. He observes how his father treats other people as well as behaves and copies it. In case a dad knows how to find a common ground with his son, he will be an authority for him. Boys are not born fully-grown men, they gradually learn how to be them.

A little one copies everything – the mimics, gestures, the way of behavior. If a dad is aggressive towards other people, most likely that his son will actively take part in fights. And, vice versa, if a father is calm and diplomatic, his little one has all chances to have great communication skills. Sons obtain valuable experience in family building. Boys can learn from their daddies:

According to a study by California State University, boys who had a close relationship with their fathers in childhood are more stress resistant. One of the explanations is a rough-and-tumble manner of play with daddy that boosts problem-solving skills.

The father is a human being with whom a little boy can discuss male issues and be involved in male activities. It promotes kids’ self-esteem and makes them feel comfortable with other boys. Dads shouldn’t forget that sons also need love and tenderness. Too strict and even cruel treatment provides the development of self-doubt and low self-esteem. When establishing house rules, be sure to be fair and positive, otherwise, your kid will be under pressure.

Why Does a Daughter Need a Dad?

We`re done with boys – they need a dad to copy his behavior and learn some boyish things from him. But what about girls? Is a father so important for them too? In fact, a father’s presence is even more crucial for girls than for boys, and that’s why.

Sigmund Freud argued that a girl chooses a man who is the same type of man as her dad. That’s very dangerous because if a father is alcohol-addicted and also abuses his wife, a daughter is likely to choose a similar man, unconsciously, of course. A man should pay attention not only to his little girl but also to her mother.

Dad’s task is to provide an atmosphere of care and warmth. A daughter ought to be 100% sure that her dad will protect her no matter what. Furthermore, fathers build their daughters` self-esteem (not mothers). If a daddy tells his princess that she’s beautiful and clever, she`ll be a self-confident woman. Men should be careful enough not to give daughters any signs that body image is the most important feature in women. Researchers claim that even sympathizing with body-image-oriented TV shows in front of girls can persuade them that it really matters. If a father criticizes his daughter’s appearance or says that she’s fat, it completely ruins her sense of femininity. Dad should often kiss his daughter, hug her, throw her in the air and carry her on his shoulders. She`ll be happy.

By interacting with a daddy, little girls learn how to communicate with men. If he treats her with respect and listens to her then she`ll take it as a pattern. She`ll not let any man offend her or be rude.

If a dad ignores his little girl or even worse – constantly criticizes her, she`ll have:

Now you see, why a daughter needs a dad.

How to Be a Good Dad?

There are no certain rules. The main thing here is to be a loving father. One may follow these bits of advice: 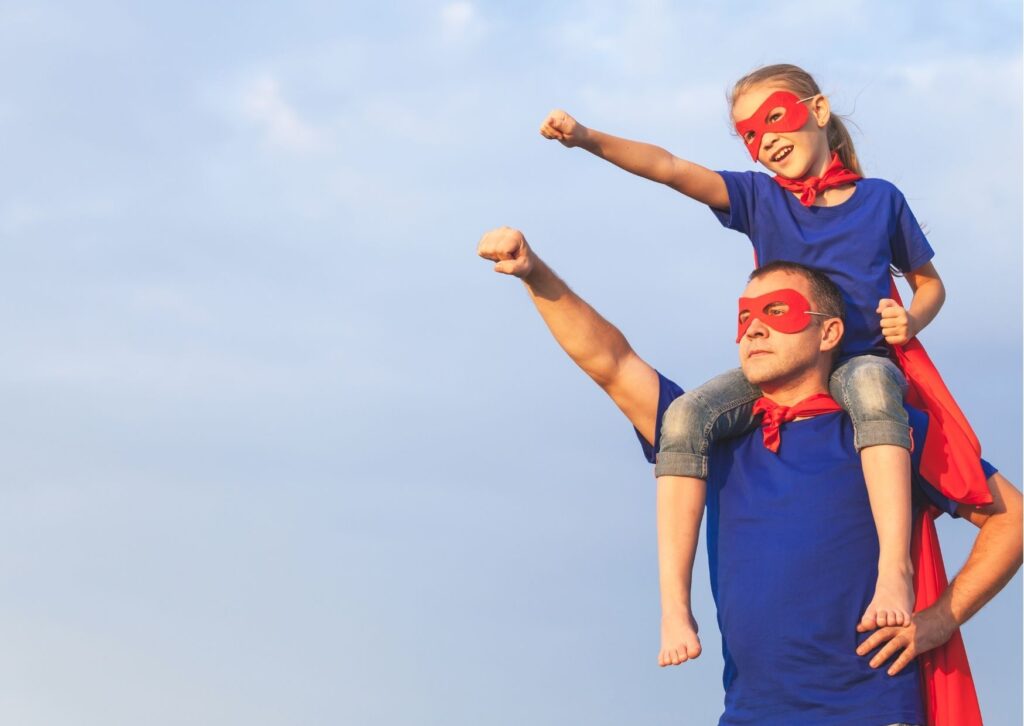 No one can tell you how to be a good dad. It depends on the kid’s needs and many other aspects. By being an attentive and persistent father, you`ll discover how to become a role model for your kids. Fatherhood gives the same happiness and joy as motherhood (if it’s not even a little bit cooler).