Why Is It Essential to Hug Your Child Every Day? 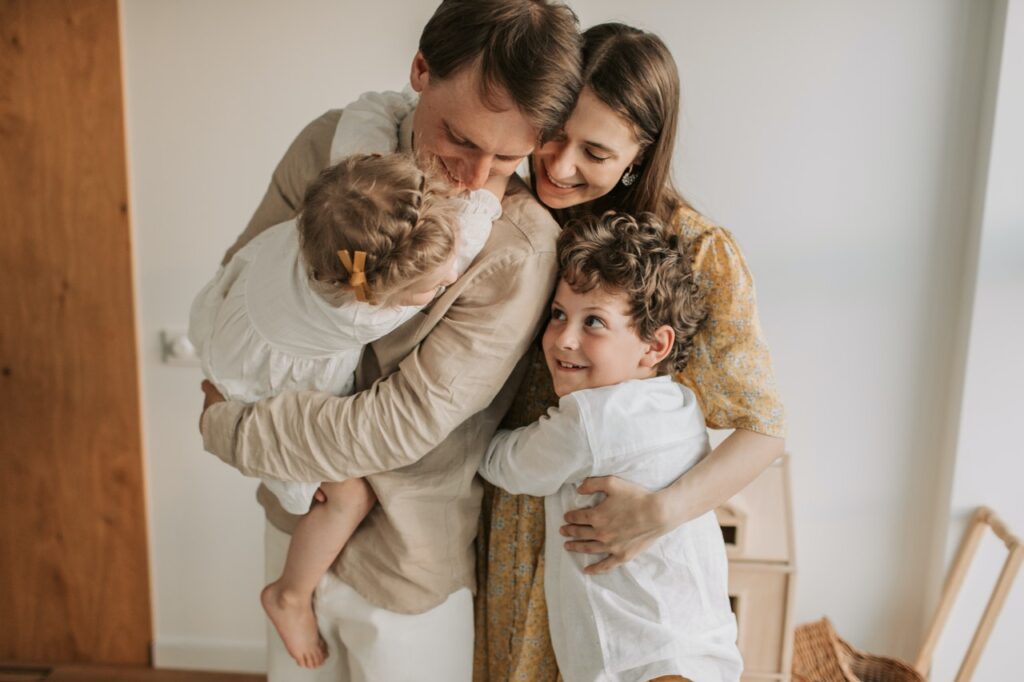 Giving a hug promotes sensory stimulation that is utterly significant for child development. In fact, it grows a healthy brain and increases physical fitness.

A scientist from Japan’s Toho University has found that both babies and adults become more relaxed when hugging. Besides, children have a higher increase ratio of heartbeat intervals when caregivers touch them. The same effect was observed in parents cuddling with their kids. For that matter, researchers agree that the more you hug your baby, the better it’s for your little one.

No one can say for sure how many hugs we need a day in order to benefit from them. Psychologists have been working intensively to find an answer to this question. It’s not only a kind of calming strategy but also a source of joy and happiness. Furthermore, hugs are an important element of social bonding. Take, for example, the research of the National Academy of Science. Accordingly, children brought up in uncaring environments face difficulties in making friends.

The importance of a hug is crucial indeed.

Why Are Hugs so Powerful?

Let’s go back to the research results. When you hug your baby, there’s a boost of two hormones. These are so-called hug hormones:

They influence a child’s neurobiology which has an impact on many aspects.

Accordingly, kids who had just been adopted had lower levels of vasopressin than their peers from nuclear families. Interestingly, after 3 years spent in the family, its quantity has leveled off.

Both groups of children were asked to play an interactive game twice – with mom and a stranger. Here`re the results. The children observed had a higher level of oxytocin when playing with their mom. It could be explained by the amount of time spent together compared to former orphans. Meanwhile, the latter are more reserved and trust people less.

It turns out, bonding with parents promotes the growth of social skills. Moreover, it doesn’t matter how old your child is. Babies’ hugs as well as cuddling with preschoolers or even teens have the same effect. Besides, the more oxytocin is released when meeting new people, the more compassion one feels towards them. Also, it influences the way a child perceives certain situations in his life.

Benefits Of Hugging for Children

How Many Hugs Do You Need a Day?

Researchers claim kids need hugs every day from time to time. The smaller your little one, the more attention you should pay to him. Schoolchildren and teens may not like being hugged so often. Still, it doesn’t mean they dislike having sensory stimulations. In such case, pediatricians propose giving high-fives instead. Also, one can come up with other greetings ideas that involve physical contact. Take, for example, the flexed-elbow greeting. Yet, hugs have a stronger effect.

According to famous physician Virginia Satir, one needs at least 4 hugs a day to just “survive”. Furthermore, one should hug a child 12 times a day to boost their wellbeing.

To be sure, there`re no exact number except for assumptions only. Yet, pay special attention to babies and toddlers. It’s impossible to overdose with hugging and kisses at this age.

Cuddle vs Hug: Which One Is Better?

If you ask me “are hugs good for your health?” I would say “Yes”. If you wonder whether cuddling with a baby has the same effect” I would claim “No doubt”. Both are extremely helpful to your child. It’s believed that a 20-sec hug is enough to release oxytocin. Actually, such a long hug becomes a cuddle.

Also, practice kangaroo care, holding a child skin-to-skin on your chest. It contributes to his physical development, such as faster weight gaining.

Effects of not Being Hugged as a Child

The importance of a hug isn`t overestimated, as you can see. By embracing your little one in your arms, you also improve your own welfare. Hug your kid and be happy!