Anger is a very strong feeling. It’s not either bad or good. It’s rather normal to feel angry. After all, that’s how our nervous system works. Yet, some people have difficulties controlling their emotions. As for children, uncontrolled temper tantrums can drive even the most balanced parents crazy. It’s all fixable, though.

First, I advise you to read more about emotional self-regulation. Second, take a close look at today’s calming techniques for anger. Let’s start.

What Is Anger Management?

To cope with anger, one should recognize it. Thus, your main aim is to explain to your little one what the feeling “looks like”. If your daughter or son can tell you “I’m angry” when she or he really does, consider it a half success. The next step is to show them how to take the anger under control. You can use some coping strategies or do activities described in this article to cultivate anger management skills in your kids. In turn, ignoring anger issues may lead to:

How to Recognize that There’s a Problem with Anger Issues?

Some behavioral patterns may reveal a lack of emotional intelligence. There are three anger styles in general:

Ask your little boy or girl to imagine the anger. It may look like a fantasy creature or an animal. Give him a name. Then offer your child to paint the “rival” on paper. When done, ask why he sees him in that particular way. The answers can explain a lot about your kid`s inner feelings.

It’s always better to write down all the thoughts and then work them out. Help your kid to fill the anger table and then analyze data together. Having a so-called map of one’s emotional state on paper is more useful than processing it in one’s mind.

Turn on upbeat fun music and invite your kid to dance with you. Don`t like dancing? Exercise to music! Physical activity relaxes our minds too.

Use the cards to control your child’s emotions. When having a meltdown, wait until the kid will be at least a little bit eager to shift his attention to cards. As long as the cards come to his notice, you have a chance to discuss everything and calm him down. By the way, in the article The development and function of anger in childhood and adolescence the author argues that exploring emotions within the family builds a better understanding. Keep it in mind.

Painting helps us to boost mood and increase happiness. The same is true for children. Ask them to paint coloring pages. Tell your little one that he can contemplate his feelings while working with pencils. Then initiate a conversation about his anger and the reasons for it. 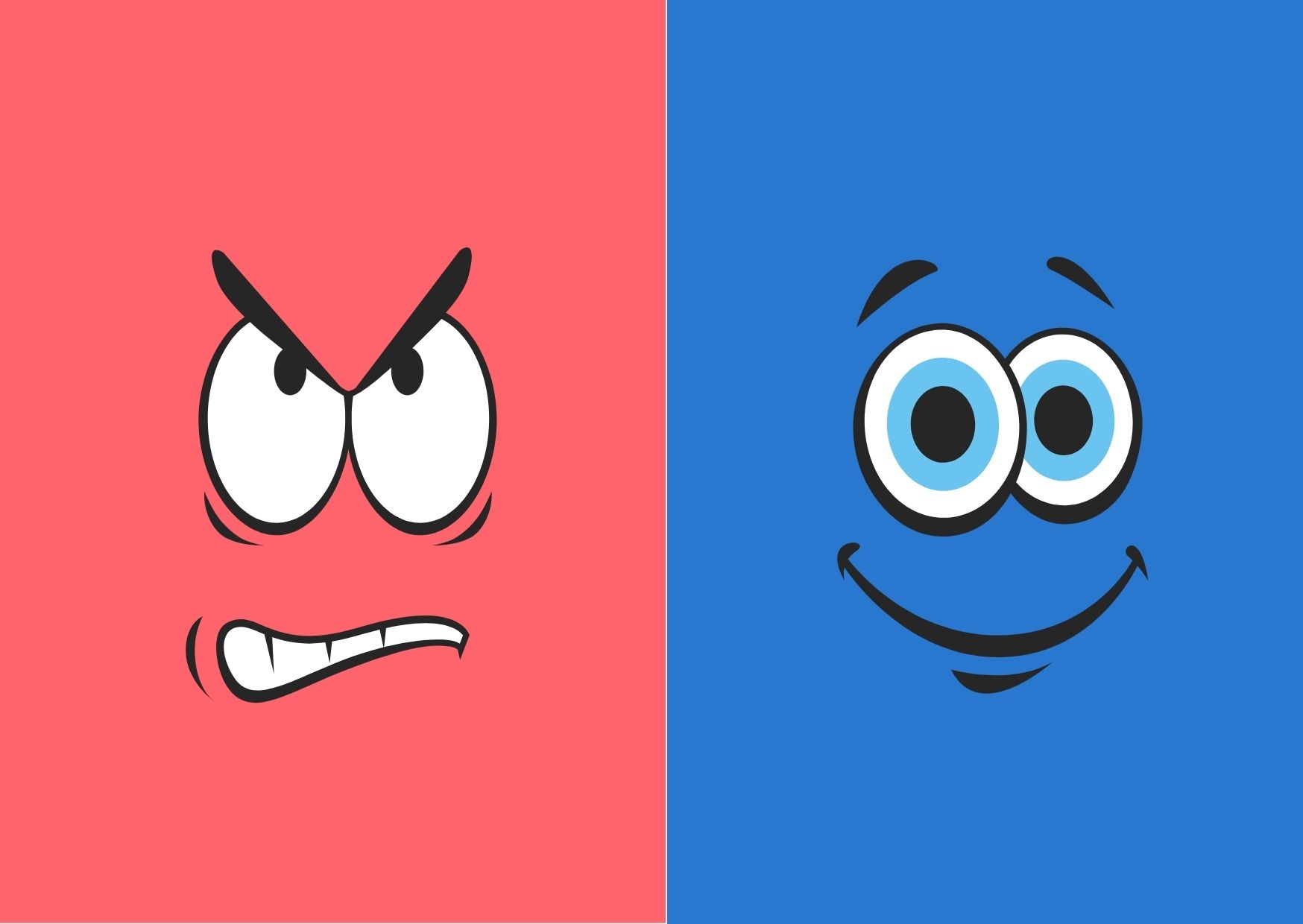 Find a short story where a protagonist experiences anger. Discuss the issue with your daughter or son. What is the trigger? Was the meltdown rational? Could the protagonist have avoided it? What advice can you give him to bounce back?

Buy a Workbook for Managing Anger

It often includes coloring pages, cards, stories, and other stuff to grasp one’s attention and get back a sense of contentment.

Not all kids are ready to speak about themselves in terms of feelings. Maybe parents have failed to create trusting relationships. Or the topic is too sensitive, especially when it’s about bullying. Let a puppet be an anger monster. In such a way a child becomes detached from his personal feelings. Make a plot and bring the whole story to life.

One of the fun ways to release anger physically is to take deep breaths. To make it more exciting, ask your kid to blow bubbles slowly. It’s so hilarious. After several tries, he`ll succeed and forget about anger.

Make a table with 3 columns. Each one is devoted to the way we express anger – how it looks, sounds, and feels. Fill it in. For example, clenching fists, crying out, feeling irritated. Ask your kid to act this situation out. So, he will learn more about the physical manifestations of anger.

Space to Calm Down

Nothing relaxes more than favorite toys and a common daily routine. Make space in a room where a kid can find the stuff which calms him down and elevates the mood.

Do you remember pop-its? There are plenty of other toys which are based on tactile sensations to reduce anger.

Create a special thermometer where emojis reflect one’s inner state. Every time a kid is angry, ask him to evaluate his feelings. Then, tell him to do some activities from this list to gradually move to a happier emoji.

Design worksheets that deal with thinking habits. Draw a person in the middle and leave space for 3 columns on the sides. Ask your little one to write down:

It’s one of the powerful tools for developing anger management skills. Practice it, especially after meltdowns. Surf the net to find exercises you`ll like.

Laugh is the antidote for anger. If a kid is still gloomy, begin making faces, provoking him to smile. It’s one of the most powerful ice-breaking techniques.

Let the tantrum be a starting point. Then encourage kids to model three possible scenarios. For example, my friends will be angry with me for being rude to them. Or, I`ll tell them that I`m feeling angry at the moment and will try to control myself.

What Do I Need?

How to deal with a child with anger issues if he’s too frustrated? Create a table where he explains his expectations and needs. Be clear. Don’t write long sentences. Try to figure out the virtue he lacks: attention, praise, recognition, etc.

Where Does It Hurt?

Do one more painting exercise to relieve stress. Ask a child to paint his body and then color the areas where he feels the anger. The more it “hurts”, the more saturated color he should use. It’s good therapy for coping with negative emotions.

Encourage boys and girls to speak out about everything they feel. Be patient and never criticize them or make fun.

Is It so Unbearable?

Someone has hurt your kid. Ask the child whether it’s so important for him to stick to this person’s opinion. Are there any other people that don’t share the offender`s view (help him to name them – friends, relatives, neighbors)? Ask him whether it’s still unbearable.

Make your children smile over and over again by applying these anger activities for kids. Not all will work with your son or daughter, but I’m 100% sure that at least one of them will be of service to you.