How to Raise a Strong-Willed Child (& Signs You Have One) 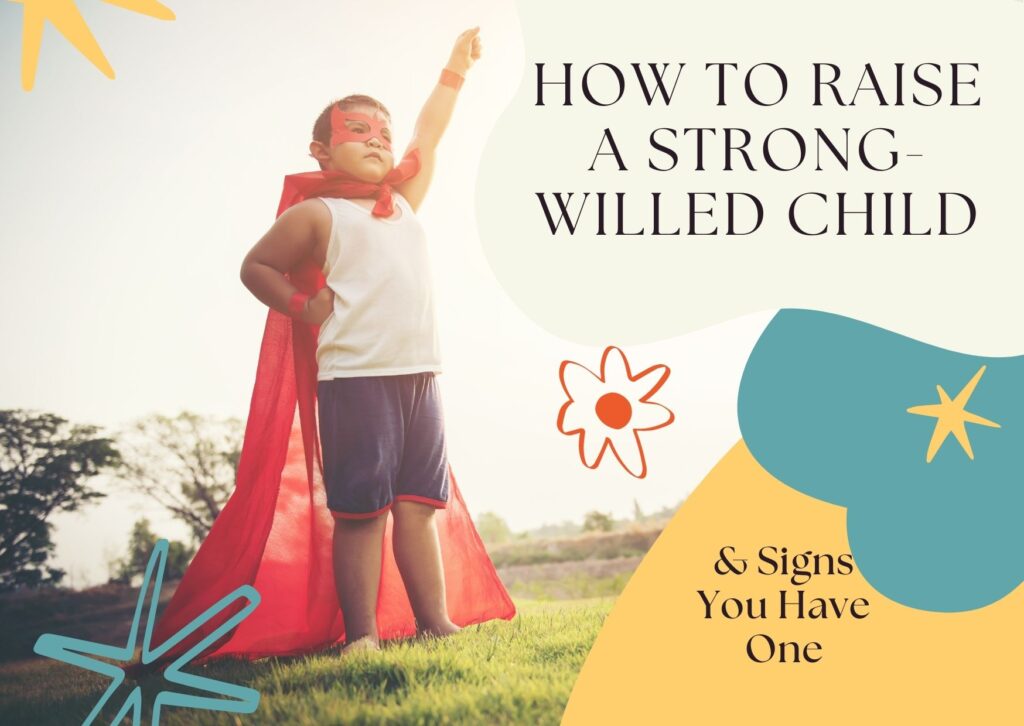 Bringing up children isn’t always cheerful. Kids can throw temper tantrums, and be unsatisfied with your views on their daily schedule. Plus, there`s nothing more unpredictable than their mood. The parents of such kids perceive calm children as a blessing. Yet, is parenting a strong-willed child so unbearable? I don’t think so, as well as many parents of such restless little ones.

Everything You Need to Know About Raising a Strong-Willed Child

Most parents claim that if hours of persuasion don’t work with their children, they must be strict and punish kids if needed. Does it change things for the better? In most cases no. So, how to handle a child’s behavior and not offend his feelings. Today we`ll talk about it.

How to Define a Strong-Willed Child?

Another word for strong-willed is stubborn or difficult. Every child has his own temper. If some kids reveal to their moms and dads how beautiful parenthood is, strong-willed kids, in turn, show its other side. Well, it’s sarcasm indeed, but such kids need much patience and a targeted approach.

They know what they want and don’t consider it necessary to ask the parents first. A strong-willed child may exhaust you by trying to fulfill his wish. If he fails, he may cry and blame the whole world. Interestingly, it’s not a negative trait. They just need a more flexible and insightful approach. In general, strong-willed kids are:

According to a child psychologist, kids who tend to be a boss may experience difficulties outside their family because not everyone is ready to tolerate their demands.

How Do You Deal with a Strong-Willed Child?

Fierce, angry kids drive almost all parents crazy. Here are the most common patterns of strong-willed behavior and possible solutions.

What Do Strong-Willed Children Grow Up to Be?

Since raising a strong-willed child is a challenge, the reward must be great as well. As long as you set limits within which your kid grows up and develops, he’ll learn basic behavioral rules, and remain self-confident. Thus, your daughter or son will be confident and independent. Such kids are likely to become leaders. They don’t need an appreciation of other people and their guidance. They like to explore the world and set the most unimaginable goals.

A strong-willed child isn’t afraid of criticism or disapproval. These kids are trailblazers who lead other less confident peers. One research examined kids` characteristics in terms of their influence on the future. It turned out that disobedient boys and girls are more business-oriented. They work more paid jobs than those who were docile and soft in childhood.

However, there’s another side of the coin. Parents who don’t pay much attention to strong-willed nature or, worse, try to suppress it are at risk of bringing up future criminals or just angry unhappy people. Subsequently, it’s crucial to direct a strong-willed child. Let him know that independence and self-sufficiency are Ok but he should respect universally accepted rules. Just in case, you homeschool your child, you should be extremely patient and persistent. Unless you have both qualities, you may fail. Thus, try to accept your child’s temper, and it`ll be much easier.

Parenting a strong-willed child is an advanced level of parenthood, but you do can manage it. Your little one isn’t a hard one. Only the lack of proper knowledge and experience can make it so uptight. It’s your chance to get to know what real parenting is, go for it.