Bullying in the 21st Century: the Definition, Signs, Types, and Consequences 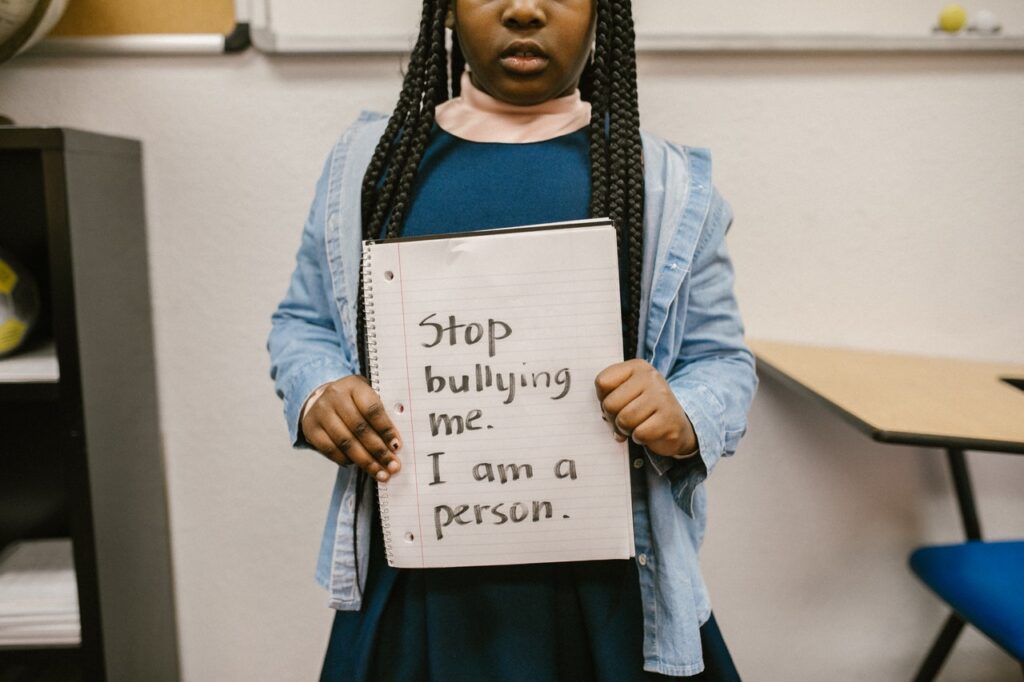 Bullying is an issue faced by both kids and adults. The main cause of bullying is the lack of acceptance skills. Some people believe that if they don`t like another person, they may hate them. Though it is simply terrible, the problem is constantly worsening. According to the data from Indiana University Bloomington, 49% of middle and high school children were reported to be bullied in 2019. NCES reports that 19% of victims have negative feelings about themselves. 27 % don`t like their schoolwork after acts of bullying. Besides, in the years 2016/17 5.2% of children were excluded from activities on purpose. That is more than 1200000 kids aged 12-18.  Bullying can be so severe that parents decide to transition to homeschooling.

Everything You Need to Know about Bullying

Nowadays, even bullying is a common case even at elementary schools. Thus, you should make kids ready to stand up to it. The topic is a hot-button issue but I’ll do my best to share with you the most relevant information. First, read more about teaching kids self-acceptance. They need this skill so as not to afresh bullying with aggression.

CDC defines bullying as aggressive behavior performed by another child or group of children. There are two main signs of bullying kids:

Elements of cruelty, proving that a kid is getting bullied:

Some innocent actions may seem to be childish antics, but more often than not, it translates into bullying. Pay attention to whether your child is a school bully. You may find it even difficult to imagine, but not all children behave the same at home as they do at school. While your child is still young, teach him good things, like kindness, so that he grows into a good person.

You may find more information about “why does bullying happen” on Quora spaces.

The reasons for bullying can be different:

Features of a person’s body are the most popular target of jokes. In case your child worries about his body image, try to fix the problem as soon as possible. Otherwise, he may take possible insults too personally.

A school bully is the one who considers himself stronger than the person he treats badly. Bullies often choose a victim among those who are weaker physically or psychologically. Hence, a high confidence level is a powerful protection against bullying.

There are different types of bullying.

It’s the most offensive and dangerous one. In 2019, there were 5.2 % of schoolchildren who became the victims of physical bullying. They were pushed or even spat on. 4% of them are girls and 6% – boys.

There is a huge problem here. Parents often ignore such issues. They just tell kids to take it easy. They mistakenly believe: no injury to the body – no bullying. Yet, calling names or making fun causes even more mental pain than physical damage.

The Internet made our lives much easier. Modern children are a hundred times more tech-savvy than their parents. Yet, there is a strong possibility of meeting a hater on social media. Unfortunately, parents oftentimes don’t have access to kids` private chats. The only chance to get to know about their problems is to hear from them. If your kid finds it hard to open up about what bothers him, look closely at his behavior.

What can bullying lead to? Low mood and even depression are only the tip of the iceberg. According to the research, kids and teens who face cyberbullying are 3 times more likely to have suicidal thoughts than their peers. Pay attention to their emotional conditions. Start a conversation if something is wrong. Be conscious of it.

Emotional bullying is hard to recognize and fix but it`s present everywhere. It occurs when peers try to wash someone out. It involves the change of social standing. The offender places himself in a more powerful position. As a result, a kid may feel ignored and insulted. His emotional needs are not being met. According to statistics, there were 6% of those being excluded from activities.

It means that a kid is being bullied because of his sex, religion, or race. The reason for it is stereotypes. Some people also believe that there are girly and boyish spheres of interest. That’s also a reason for making fun of somebody. The most frustrating fact is, though, that some teachers still have such an old outlook on life. So, if an educator tells your son that something isn’t for him because he’s a boy it’s one of the signs of teacher bullying. Racism is still present in some people’s minds. It was American Indians and Alaska Natives who were the victims of bullying in 2019 – 21.3%.

Fortunately, psychologists know how to teach kids about bullying with activities. One may do kindness activities to develop acceptance in them.

We have considered some kinds of bullying.  Still, what are the three types of bullying that are the most popular?  These are physical, verbal, and cyberbullying.

Whatever the type of bullying you may have faced, you need to ensure that your child haven’t become the bully himself. It’s never too early to talk about the consequences of bullying. Try out this Wrinkled Heart Bullying Activity for Kids to make the effects of bullying clear. 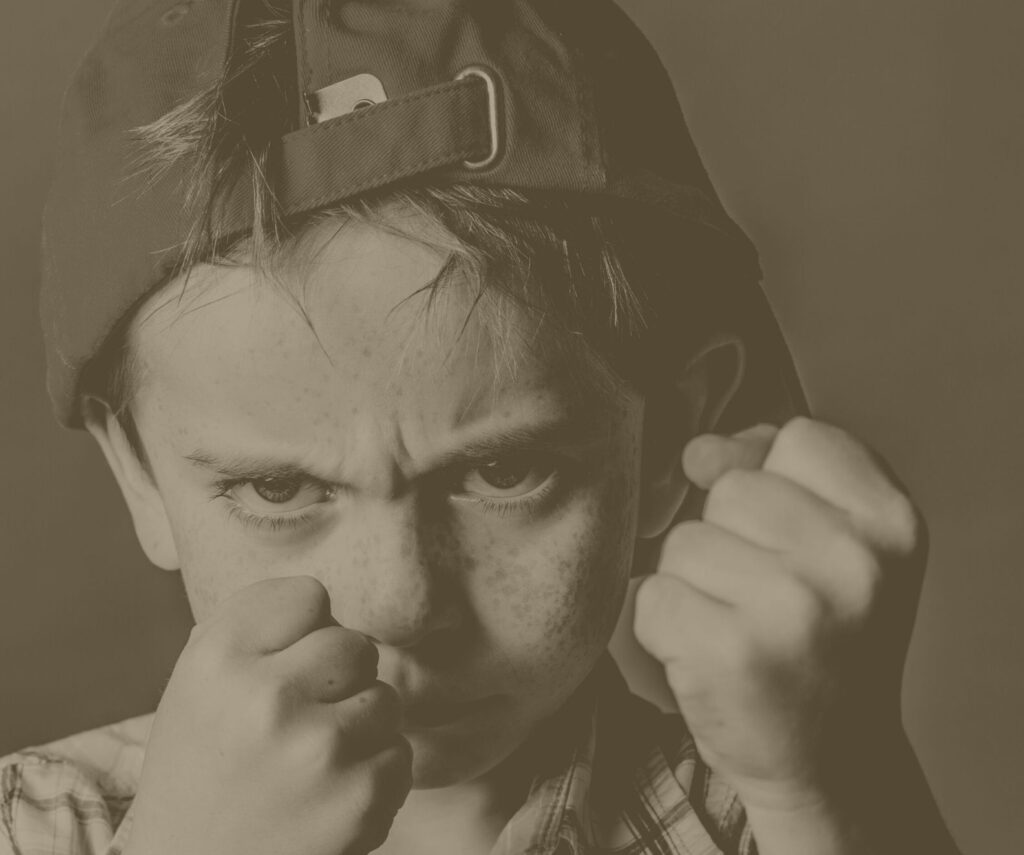 Signs That Your Kid is Being Bullied

Sometimes kids are too reserved to share problems with their parents. Here are some signs of it:

By the way, research claims that a child that was bullied can become a school bully too to raise his self-esteem. For that matter, about 2 % of children seek revenge from younger school fellows. Thus, if your kid is an aggressor, he might have been a victim at the same time.

How to Talk with Kids About Bullying?

You have to do this as long as you want your little one to provide a healthy response to offenses. The first issue to consider is how to deal with bullying at school. Explain to the child that not all peers can be friendly with him. Don’t forget to highlight that it’s not because of his personality. Tell a kid that some people feel joy when offending others.

Chew on the topic of self-esteem together. Try to persuade your child that the bullies are very unsure of themselves. Work with self-esteem coloring pages to make everything clear. Research useful books on the matter and read them with your kids.

The main messages you should deliver:

Your little one may ask you what to say to a bully. Offenders expect an emotional reaction. If a kid ignores them or doesn’t reveal that the offender hurts his feelings, a bully loses his interest. So, how to respond to bullying?

Your children need to recognise the emotions they feel. Teach them it by playing with a feelings chart for kids.

If you fail to find the right words, let them listen to influencers. Nick Vujicic is the one who knows what bullying is. He was born without legs and arms and suffered from mockery. Nick shares his experience with kids and teaches them to stand up to bullying.

If you ask a psychologist, “What is the relationship between bullying and depression?” he’ll definitely answer that the first is the cause of the second. Thus, one ought not to neglect it. Parents often have many questions about bullying. What to do if your child is being bullied and the school does nothing? What to do if your child is a victim of emotional bullying, and it’s impossible to collect material evidence? Anti-bullying refers to these questions as well as laws, policies, and organizations in charge.

Moms and dads are the “first instance” that provides advice. Besides words of support, they take care of their kids` emotional state. For this, let children do breathing exercises to calm down and relieve stress. But what to do if there is no tendency to settle the conflict?

All 50 states address bullying differently. Some of them impose policies, regulations, and laws. But there are states which allow model policies. That means that schools can develop their own anti-bullying strategies.

In the “Dear Colleague Letter”, the U.S. Department of Education provides a review of responsibilities schools have when preventing bullying acts. It also outlines some federal laws.

Still, there are other means of protecting one’s human rights. Take, for example, non-governmental and governmental organizations that deal with bullying.

Contact these organizations if you cannot resolve your child’s problem.

The consequences of long-lasting bullying are unpredictable. The more you hesitate to step in and help your little one, the greater his sufferings are. Bullying is like a painful tooth that prevents a person from living unless he has it out. Use my advice and contact organizations if there’s a need, but don’t leave your child alone with his problems. Kids are too helpless to overcome such issues without parental support.